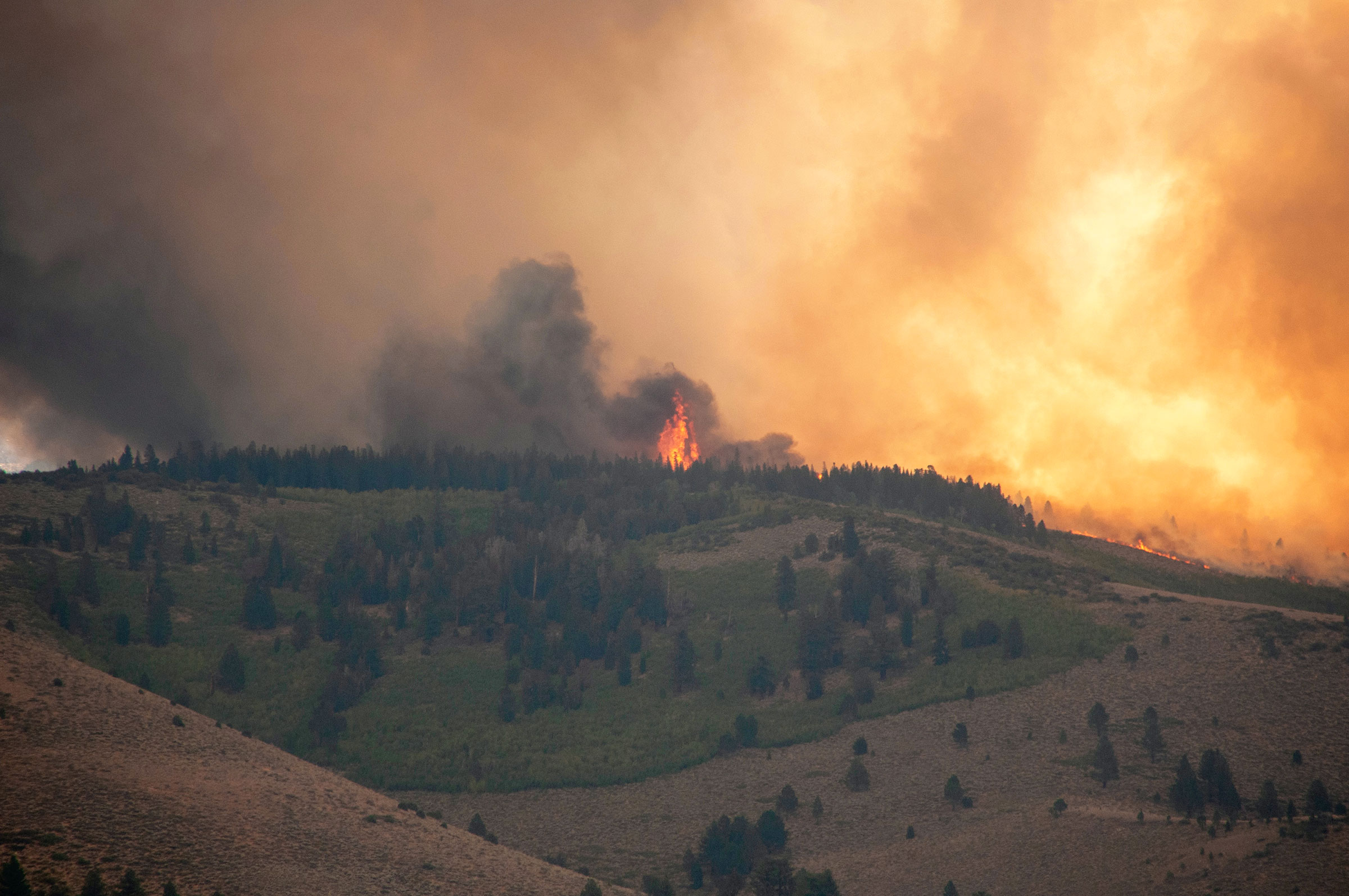 Weeks of dry and hot weather have led to historic wildfires across the West Coast. Nearly 4.7 million acres have been destroyed. Red flag warnings are in place from Northern California into Southern Oregon, where fire danger still remains high. Thankfully, air conditions are beginning to improve there. 16,500 firefighters alone are fighting over two dozen large fires in the State of California. The year’s deadliest fire is in the North Complex with 15 deaths and 270,000 acres burned.

“With no significant precipitation in sight, California remains dry and ripe for wildfires,” said Cal Fire. However, smoke conditions are improving, according to NWS Bay Area. “What a difference we’ve seen in the last 24 hours,” NWS Bay Area tweeted Tuesday night. “Substantial improvements in our visibilities all across the region this evening as onshore and mid-level winds continue to gradually improve our skies.” However, further south air quality remains an issue with smoke advisories issued for the both the Bobcat and El Dorado fires. The El Dorado Fire has consumed 17,598 acres and is 54% contained while the Bobcat Fire has consumed 41,231 acres and is 3% contained.

In Oregon, there are 27 active fires, according to the state’s fire dashboard. A mobile facility for the medical examiner exists in Linn County so that officials can prepare for the possibility of more fatalities. Many residents have decided to stay behind in their homes, ignoring evacuation orders. A federal disaster declaration has been approved for the state, which will help fund the state recovery. The Oregon Congressional delegation is urging Health and Human Services Secretary to declare wildfires in Oregon a public health emergency. “This decision will make more Federal aid available to the State and provide resources needed for our communities to rebuild,” Representation Peter DeFazio said in a tweet. Governor Kate Brown said that the state is resilient, however, to fight these fires, they need all the help they can get.

In Washington state, more than 620,000 acres have burned and at least one person had died. Governor Jay Insee said that air quality was oppressive in the state. Two hundred miles of power lines are down in the central portion of the state and several hundred utility poles have been burned. These smoking conditions have led to Alaska airlines to suspend flights to both Portland, Oregon and Spokane, Washington.

Smoke is so prevalent that it has traveled across the country where even states on the East Coast have seen remnants of it.